The unmatchable pair Violence & Cuteness is the entry point into an exploration of the opaque through the extremely visible.

It starts with apparently ironic images and forms of self-expression (with weapons!) that not only deliver an explosive mix of aggressiveness and insecurity, but also witness a certain obsession for authenticity and intimacy, paradoxically transmitted via extreme artificiality and infrastructural opacity.

Contemporary visual communication habits often revolve around the display of bodies and repetitive and hyper-accelerated forms of expression on online platforms, but at the same time they also mirror much deeper transformations in power structures.

In its last editions, DONE researched these mutations and cast light on how existing social and technological hierarchies blend into new, complex infrastructures of control based on human and machine vision. In the contemporary ecosystem of the image, these transformations sometimes take on strange, disturbing and even incomprehensible forms, giving the sensation that there is no longer any distance between irreconcilable extremes. 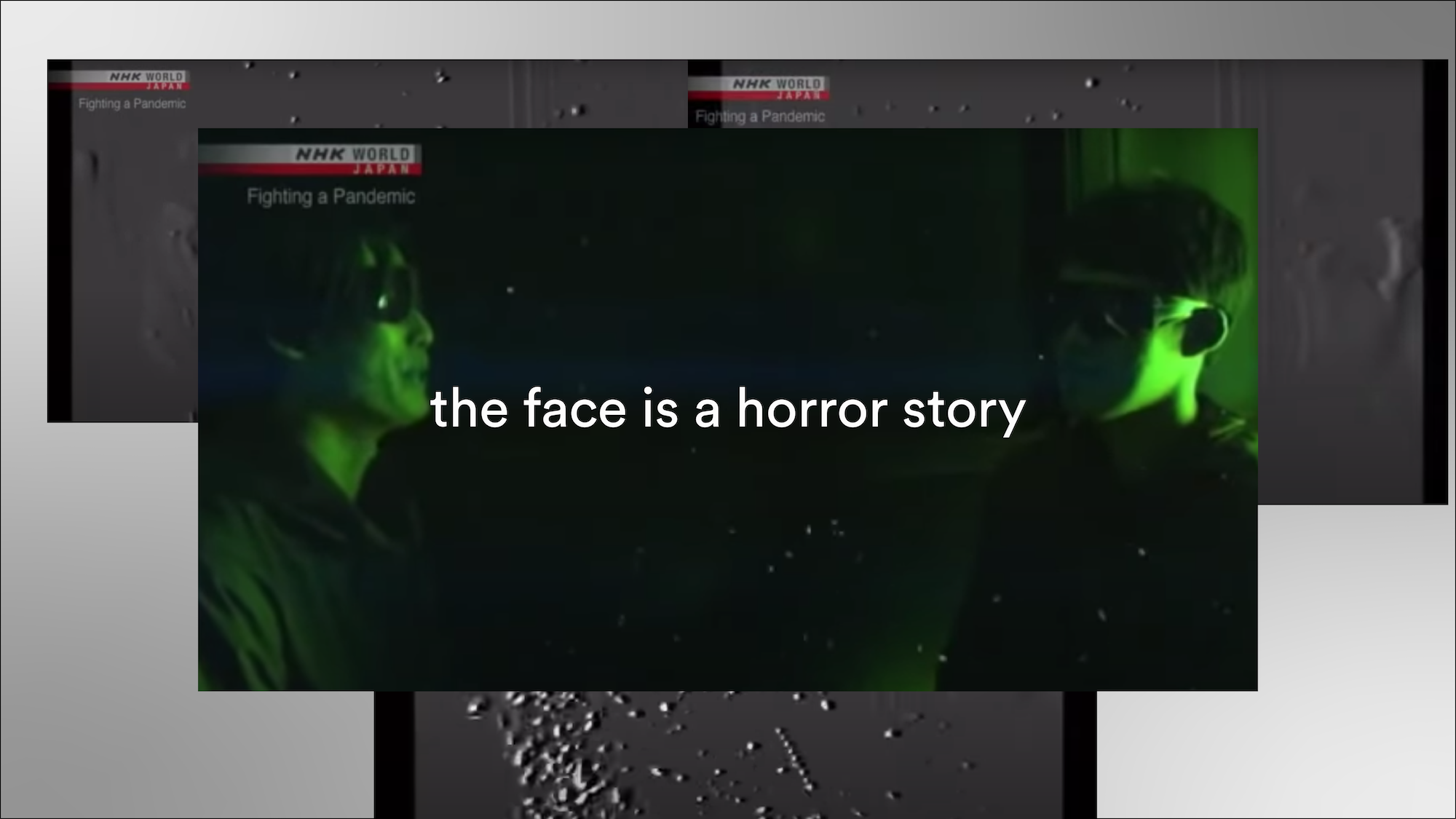 Emblematic examples can be found among the images of violence embedded in self-representation on social media or in the sexualization of military propaganda (itself an extreme form of “communicative militarism"), as well as in massive amounts of innocent images, symbols and memes that tell stories of distress, pain, psychological violence, and self-harm.

These images leak through the intimate space of feeds, channels and groups of users like me, you or the neighbor next door. This elusive blob of short-lived images is actually just the most visible part of an even more complex mutation of the technological public sphere, in which human eyes coexist with automated vision infrastructures as management systems.

DONE’s proposition is apparently counterintuitive: what if we considered our faces, bodies and voices not only as expressions of human desires or miseries, but also as part of planetary-scale infrastructures designed to extract (human and non-human) intelligence, administer control systems and finally disappear leaving no traces?

The goal of the sixth edition of DONE is to show how independent artists and researchers develop strategies to address both sides of the problem. Some find ingenious ways to document what occurs (and quickly disappears) on the surface of contemporary networks.

Others venture into an exploration of the infrastructure itself in search of traces, cracks or inconsistencies, for example giving a voice to the anonymous accounts of social media moderators, or delving into the optical governance systems of people, animals, plants, geology on a planetary scale.

Through a series of project presentations, short video screenings, and image and brainstorming sessions, DONE suggests that these issues are all regions of the same territory.

What was perceived as opposite extremes, now overlaps and merges, giving rise to new visual expressions that must be deciphered if we want to understand unprecedented forms of power —as well as unprecedented forms of resistance. Faced with these challenges, we decided to seek the hardest path: instead of naively claiming less ambiguity, more "truth" and more transparency, we ask ourselves if the experience of these turbulent times can prepare us for another type of artificiality —both in the field of the aesthetics and in the realm of technopolitical struggles— that is truly emancipatory and egalitarian.