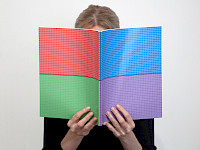 Joshua Citarella is an artist researching online political subcultures and their digital tactics, which often tend to sublimate radicalization and escalate it into fast and unrecognizable shapes. Instead of blaming digital media, argues Citarella, we should focus on low incomes, failing unionism, social pressure and a general lack of agency.

He is the author of Politigram & the Post-left (2018, 2021) and 20 Interviews (2020), which was commissioned by Rhizome, an affiliate organization to the New Museum New York that pioneered in contemporary art engaged with digital technologies and the internet. Recently Citarella has been actively investigating and promoting experimental initiatives as decentralized autonomous organizations such as DoNotResearch - a self-managed, online community that publishes writing, visual art, internet culture research as an alternative to academia - and Channel, a platform that will allow creators to work collectively, bundling their streamable content while maintaining distinct communities.

He is the host of Memes as Politics on Montez Press Radio in New York. Recent solo exhibitions include Bas Fisher Invitational, Miami (FL); the Corcoran School of the Arts and Design at George Washington University (DC); and Higher Pictures, New York City. He has served as an outside advisor at Carnegie Mellon University (2020) and Tufts University (2021). His work is included in the collections of the Stedelijk Museum, Netherlands and the Hood Museum of Art in the U.S.